Boys raised by traditional families 'do better at school'

Boys raised in traditional families are more likely to perform well at school and avoid suspension than those brought up by single mothers, it has emerged. 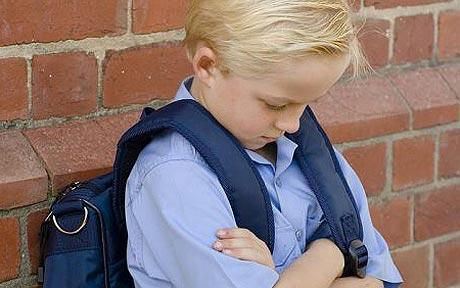 Boys brought up by single mothers are more likely to struggle, according to the report by the University of Chicago.

In a major study, researchers said family structures had a much more significant effect on boys' early education than school type or even the gender of teachers.

It found that boys were much more likely to misbehave, be excluded from school and go on to achieve low grades after rebelling against "emotionally distant" parents.

The pattern is particularly marked in single-parent families where mothers "invest disproportionately less in their sons or feel less warm toward them" than daughters.

The disclosure comes amid continuing concern over the gender gap at the heart of the education system.

Data shows boys fall behind girls after just a year of school and the gulf widens throughout primary and secondary education.

By the age of five, some 19 per cent of boys in England struggle to form simple words such as "cat", "dog" or "mum" compared with just 10 per cent of girls, who perform better in every area of early development, including reading, communicating, basic numeracy, social skills and physical awareness.

Boys fall further behind at 11 and 16 and are now less likely to go on to university and gain a good degree than young women.

Researchers in the United States tested various theories to explain bad behaviour and low standards among boys and concluded that "home-based" influences played a much bigger part than biological differences, the style of early education, teacher gender or peer pressure.

"Boys' likelihood to 'act out' is sharply reduced when faced with larger and better parental inputs," said the study.

"As these parental inputs are typically higher and of better quality in intact families, this largely contributes to why boys with single mothers are so much more disruptive and eventually face school suspension."

Researchers from the University of Chicago Booth School of Business analysed school suspension rates among boys and girls in the US. They also used surveys of parents and teachers relating to children's cognitive, social, emotional, and physical development.

It found that at nursery level, boys were significantly more likely to misbehave than girls, adding that the gulf in discipline was considerably wider than differences in reading and maths skills.

Bad behaviour at a young age often translated into suspensions later in primary and secondary education, it was claimed, which increased pupils' chances of dropping out of school early and missing out on university.

The study found that indiscipline reduced among boys brought up by two parents and increased sharply among those raised by single-mothers.

Researchers said a "higher levels of parental investment may prevent more of these at-risk boys from developing [behaviour] problems", adding that this was much more likely to occur in traditional families.

The relationship between family structure and behaviour appeared to be "much weaker" for girls, it was claimed.

Boys falling dramatically behind girls by the age of five

The world of divorce is scary for any child. But when a divorce becomes especially toxic, children can become the target of an unrelenting crusade by one parent to destroy the child's relationship with the other. Experts call it parental alienation.

Nearly one in 10 girls and one in 20 boys say they have been raped or experienced some other form of abusive violence on a date, according to a study released Sunday at the annual meeting of the American Psychological Association.