Here's what the Canadian Lung Association has to say:

Ontario law prohibits the sale of tobacco if the person is under 19.

Teenagers smoke more than a billion cigarettes a year resulting in retail sales worth over $400 million. The average teen smoker spends $1,000 a year on cigarettes.

Most teens are concerned about their appearance and social life, however, when it comes to smoking and...

dating 8 out of 10 guys and 7 out of 10 girls say they would not date someone who smokes.

zits - smoking makes it take longer for acne to heal

hair loss -  it causes hair loss in some teens.

Kids are twice as likely to be influenced by advertising as they are from peer pressure. They are three times more sensitive to advertising than adults. Norway banned advertising and reduced by half the number of children who started smoking.

Please visit the website of The Canadian Lung Association

What the Canadian Cancer Society says about children and second-hand smoke.

"Even if your kids don't smoke, they are still at risk of tobacco-related diseases because of second-hand smoke.

Second-hand smoke is Read More ..ngerous than directly inhaled smoke, and children are exposed to it every day.

Children are at risk from second-hand smoke

Why is second-hand smoke dangerous to children?

Second-hand smoke releases the same 4,000 chemicals as smoke that is directly inhaled, but in even greater quantity! Approximately 50 of these chemicals (carcinogens) cause cancer.

Because it burns at a lower temperature than inhaled smoke, sidestream smoke contains:

Cigarettes burn for approximately 12 minutes, but smokers usually only inhale for 30 seconds. That means for 11 minutes and 30 seconds cigarettes are spewing sidestream smoke into the air for children to breathe.

Children of parents who smoke:

Over time, children who are exposed to second-hand smoke are more likely to:

Scientists have also shown that there is a link between a mothers smoking and her infants risk of dying from Sudden Infant Death Syndrome (SIDS).

Carbon monoxide from second-hand smoke can reduce the oxygen supply to a fetus by 25%, which leads to lower birth weights.

What can you can do to protect children

There are many ways concerned smokers and non-smokers (including caregivers, babysitters, nursery school administrators) can reduce the risk of second-hand smoke. You can:

Please visit the website of The Canadian Cancer Society

Canadian court judges have ruled for some time that you can lose your children should you expose them to second hand smoke in the home or cars.

While the children are under the primary care of the petitioner, she shall not permit the children to be exposed to second hand smoke. Specifically, there shall be no smoking within the family home at Fort St. James nor the family vehicle.   Read More ..

Ontario private member's bill asks for smoker's in cars with children to be fined.

When father resided with the family, he and N.C. did not agree that tobacco smoke was hazardous to health of the children.  They continued to smoke tobacco products.  This was evidenced by full ashtrays being observed in the residence when workers attended.  In addition, N.C. openly said to the public health nurse that she did not believe that second hand smoke was hazardous to the health of her children.  Read More ..

Health of the Children

[18] Ms. Yeung testified that the children have complained about Mr. Yeung's smoking on his access visits. It was evident from Mr. Yeung's person and the papers he presented to the Court that he is a very heavy smoker. He testified that he will give up smoking if awarded custody of the children. I take this as recognition that his smoking may affect the children???s health. Read More ..

Alberta Court of the Queen's Bench

No smoking for mom in the home with children

Ontario was under growing pressure Thursday to become the first province to ban smoking in cars containing young passengers as health advocates rallied around a private member's bill that would outlaw the practice critics liken to child abuse.  Read More ..

HALIFAX ??? A move by a small Nova Scotia town to ban smoking in vehicles carrying children is being applauded by the Canadian Cancer Society, which dismissed criticism that the law is too intrusive by citing the evolution of anti-smoking laws across the country.  Read More ..

The tobacco industry and its supporters have long insisted that smoking is simply a matter of  "individual choice."

Drivers should not be allowed to smoke in their vehicles if they have children as passengers, says the Ontario Medical Association in a new report on the dangers of second-hand smoke.

The report, Exposure to Second-hand Smoke: Are We Protecting Our Kids?, looks at how second-hand smoke in vehicles and the home continues to harm children's health despite moves to reduce smoking in public spaces.  Read More .. 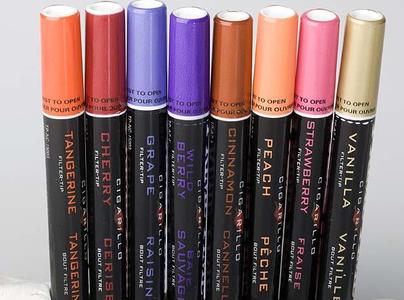 Cigarillos - in peach, grape and other flavours ??? are sold singly in tubes that resemble lip gloss.

Ontario is stamping out candy-flavoured cigarillo "singles" aimed at children and teens.

In a move to curb youth smoking, MPPs yesterday unanimously passed a bipartisan private member's bill to outlaw the single-serve cigarillos that are brightly packaged and carry no health warnings due to a legal loophole.

more than Half (56%) Would Not Date A Smoker

WINNIPEG -- Smokers in search of an apartment in Winnipeg will soon have fewer buildings to choose from now that one of the city's largest landlords has opted to go smoke-free.

Globe General Agencies, which manages about 5,000 units across the city and thousands Read More ..ross parts of Canada, will ban smoking for all new tenants moving into its 75 buildings as of Oct. 1.

Existing tenants who smoke will be allowed to continue, but the company sees the policy as a first step toward making all its buildings entirely smoke-free, said president Richard Morantz.

"Really this is just all part of providing a safe and healthy environment for our tenants," Morantz said Tuesday.  Read More ..

In a controversial statement released Monday to mark Non-Smoking Week, the venerable charitable organization called on parents to stop smoking in the home because they are endangering the health of their children.

"Children who are exposed to second-hand smoke are victims in their own homes - the very environment that is supposed to be safe and protective," said Noel Kerin, an occupational and environmental medicine specialist and medical spokesman for the lung association. The century-old charity was formed to combat tuberculosis, but has turned its attention to a variety of lung issues, including smoking.

"Second-hand smoke is damaging to a child's health and is tantamount to child abuse. The evidence is too compelling to present it in half measures or to worry about political correctness. We have a significant social and health problem that needs public attention and the associated pressure of public intolerance to correct it."   Read More ..

Smokers need not apply," ran a classified ad for a job in Ireland this past May.

"Why not?" asked Catherine Stihler, a British Labour party MEP, who posed the question on behalf of one of her constituents. Should women not apply, either? Or homosexuals? Muslims? What about high-functioning alcoholics, or fat people?

The answer, from the European Commission that oversees anti-discrimination legislation in the EU, came back to Stihler this month: Smokers are fair game for discrimination. Read More ..

The Canadian Children's Rights Council has seen numerous cases like this in most provinces or territories.

While the children are under the primary care of the petitioner, she shall not permit the children to be exposed to secondhand smoke. Specifically, there shall be no smoking within the family home at Fort St. James nor the family vehicle.   Read More ..

When father resided with the family, he and N.C. did not agree that tobacco smoke was hazardous to health of the children.  They continued to smoke tobacco products.  This was evidenced by full ashtrays being observed in the residence when workers attended.  In addition, N.C. openly said to the public health nurse that she did not believe that second hand smoke was hazardous to the health of her children.  Read More ..