Inside her Senate office, Anne Cools sits in a standard-issue, red leather chair, talking on the telephone. "Just one question, my dear," she says to a friend on the phone. "When I do that breathing exercise you taught me, do I say, 'Aah,' or do I say, 'Ooh?' "

Turning her attention to me, Ms. Cools explains: "It's just that I need to reduce my stress. It's these feminists. I don't understand them."

And Senator Cools believes that they don't understand her. She was one of 23 committee members to produce November's highly controversial For the Sake of the Children, a report on child custody and access, but it is she who has become most prominently identified with the report and its recommendation to end the tradition of awarding sole custody of children to mothers after a divorce. And it is she who has become the lightning rod for feminist rage. Read More ..

Girls Are Beneficiaries Of Gender Gap

Some of us grew up with the image of reporters as tough-minded skeptics. Yet there were no tough-minded reporters in sight in 1992, when the American Association of University Women released its report "How Schools Shortchange Girls." Every newsmagazine, newspaper and network television program did a major story on it, without making any attempt to examine the underlying evidence for the AAUW's charge that the schools were harming girls. Read More ..

When a lobby group is divorced from reality

MEN'S GROUPS that petitioned government for changes in the laws affecting divorce are "whining, snivelling deflectors," who cannot stand it when women are given even a modicum of control over their lives.

So concluded Patricia Gallagher-Jette of the New Brunswick Advisory Council on the Status of Women last week in Halifax at a news conference, the gist of which, as near as I can figure, is that only women can be victims of injustice. Read More ..

How Boys Lost Out to Girl Power

This is a review of the book, Divorced Dads: Shattering the Myths

This is a review of the book, Divorced Dads: Shattering the Myths

Activists call for end to procedure

Child poverty on the rise in Canada

Canada may be pulling out of recession, but the poor aren't getting a share of the prosperity. Canada's child poverty rate hit a 17-year high in 1996, according to the National Council on Welfare.

more than 1.4 million Canadian children lived in poverty in 1996.

Moms who deny their ex-spouses legal access to their children should be jailed, a joint Senate-House of Commons committee on child custody and access heard yesterday.

Groups representing men who have been denied visitation rights complained there was a bias in the family law system favouring women as custodial parents after a divorce.

"It's despicable," said Attorney-General Charles Harnick, responding to news that a 1-800 phone number and a picture of a private government office appeared this week on the Web site of a Toronto based fathers' rights group.

Text in the Web site urged "all" to join in a "public disobedience initiative."

"I can't believe some people would actually go to these lengths in order not to do what is morally right - and that is to pay for their children," Harnick said.

Phones are ringing 3,000 times a day at the Family Responsibility Office and the ministry has had to take staff off important projects, such as enforcement of child support, to help answer calls, he said. Read More ..

This is the result of the largest federally funded 8 year study of the issues confronting parents and their children in the United States.

Shattering the Myths. The surprising truth about fathers, children and divorce. Read More ..

Pediatricians turn away from circumcision

ATLANTA (CNN) -- American pediatricians are turning away from the practice of routine circumcision, concluding that doctors have no good medical reason to perform the procedure.

The United States is the only country in the world that routinely removes the foreskins of infant boys. Critics of circumcision got additional ammunition Monday from the American Academy of Pediatrics, a leading medical organization.

The academy concluded the benefits "are not compelling enough" for circumcision to be routinely administered.

A newborn winces in pain after a circumcision

Monday's statement, published in the March edition of the journal Pediatrics, was the academy's first in 10 years on the practice. But in recent years, medical societies in Canada, Britain and Australia have come out in opposition to routine circumcision.

Critics have long contended that removing the foreskin from the penis is traumatic, medically unnecessary and may reduce sexual pleasure later in life. As one critic, Dr. George Denniston, put it: "Who are we to question mother nature?"

Canadian researchers, whose study was published in this week's Journal of the American Medical Association, studied the heart rates and crying patterns of babies during different stages of circumcision.

In fact, in the study they found the babies suffered so much trauma that they stopped the study part way through.

The results were so compelling that they took the unusual step of stopping the study before it was scheduled to end rather than subjecting any Read More ..bies to circumcision.

One baby stopped breathing for 25 seconds from the trauma of having part of his foreskin severed.  Read More ..

Canadian Children's Rights Council's
"Movie of the year" for 2004
"

Desmond Doyle and his family 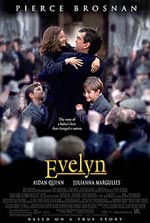 This movie is based on true events. Evelyn tells the inspiring story of real-life hero Desmond Doyle and his young children, Evelyn, Maurice and Dermot.

Struggling to raise his kids alone in Ireland in 1953 when his wife abandoned the family, Doyle is devastated when the power of the Church and the Irish courts take his children away and put them in orphanages.

Vowing to reunite his family, he enlists the help of his friends and together they attempt to do what has never been done before - challenge a law before the Irish Supreme Court. Doyle's fight to keep his family intact becomes an uplifting testament to a father's love and the power of the human spirit.

Not too long ago, Jacqueline Scott Sheid was a pretty typical Upper East Side mother. Divorced and with a young daughter, she had quickly remarried, borne a son, and interrupted her career to stay home with the children while her husband, Xavier Sheid, worked on Wall Street.

Early last year, Mr. Sheid lost his job and saw his only career opportunity in California. But Ms. Sheid's ex-husband, who shares joint legal custody of their daughter, refused to allow the girl to move away. So Ms. Sheid has spent much of the last year using JetBlue to shuttle between her son and husband on the West Coast and her daughter (and ex) on the East.

The New York court system, which she hoped would help her family to resolve the problem, has cost her tens of thousands of dollars in fees for court-appointed experts, she said, and has helped to prolong the process by objecting to her choice of lawyers.  Read More .. 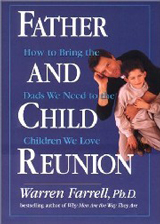