Young woman, who was 15 when she was arrested, led operation that trafficked other teen girls

An 18-year-old who led an operation that trafficked other teenagers using social media sites such as Facebook and Twitter today received an adult sentence of 6Â½ years in a correctional facility. The young woman was given credit for time she's already served in pre-sentence custody, meaning she will only serve another two years and 325 days.

The 18-year-old was arrested in 2012, when she was 15, for leading the operation with two other teens as they recruited other girls through social media sites like Facebook and Twitter, before drugging and beating them and forcing them into prostitution.

The 18-year-old was the only one who pleaded not guilty in her trial, but she was found guilty this January. The two other teens entered mid-trial guilty pleas in September 2013 for their roles in the violent pimping operation.

WINNIPEG - Winnipeg police now say the bodies of six babies were found in a U-Haul locker Monday afternoon and have made an arrest in connection to the horrifying incident.

Police provided an update Wednesday morning and said it was not three or four infant bodies as originally thought that were found in the storage locker.

Andrea Giesbrecht, 40, of Winnipeg, who police say also goes by Andrea Naworynski, has been charged with six counts of concealing the body of a child and one breach of probation. She was arrested at a home, police said.

The offences are alleged to have occurred between March 7 and Oct. 20.

Police spokesman Const. Eric Hofley could not provide much Read More .. detail on how the babies were killed, why they were there, or what their relation is to the accused.

Hofley said the case has not been turned over to the homicide unit because Read More ..tails still need to come to light on many lingering questions.

"So many of the questions that I expect you have will be answered forensically," Hofley said. "As you can see by the charges laid, right now we don't have any information regarding a homicide."

"It's early in the investigation ... some of these questions may never be answered," he said. Read More ...

Durocher testified against the bill Thursday along with Tyler Megarry, an outreach worker with Montreal's Sex Workers Program, RÃ‰ZO, a support group for male prostitutes who sell sex to other men.

"Our clients, men and women, are not perverts or criminals, and we are not victims," he said. "What we need is to be part of society just like everybody else: have law enforcement on our side." Read More ..

Four years of foreplay and afterthoughts on sex-ed: Cohn

Ontario's archaic sex-ed curriculum dates from the 1990s, long before Facebook, smart phones and same-sex marriage. Time to get with the times.

A day after winning the premiership in early 2013, Kathleen Wynne promised to fix one of the lingering embarrassments of her predecessor's reign.

The incoming premier vowed to tackle Ontario's outdated educational curriculum - a product of the Mike Harris era - by modernizing its pre-Internet approach to sex-education and mental health topics. Read More ..

Shamed, the teenage girls who bragged about inviting gatecrasher to the party which left Liam Knight disabled 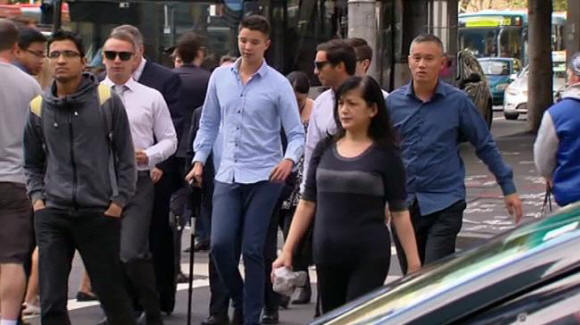 Liam Knight has condemned two teen girls for bragging about inviting the gatecrasher who speared him through the head with a metal pole, describing them as "absolute filth and the scum of the earth".

The 18-year-old suffered lifelong brain damage after the gatecrasher threw the 2.85m metal rod at him "like a javelin", piercing his skull, at a backyard birthday party for his friend Harry Staples in Â­Forestville, in Sydney's north, last January. 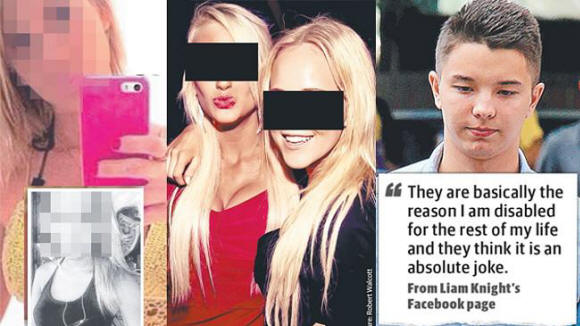 Liam Knight wasn't shy about offering his opinion on the teen girls.

Just hours after the unwanted guest was found guilty on Friday of throwing the steel rod at Liam, two Sydney teens were boasting they had invited him. The taunt came after Lisa Staples, whose son Harry held the 18th birthday party, told The Saturday Telegraph the girls had never shown any Â­remorse or apologised to her family or Liam.

The girls, who cannot be named for legal reasons, took to Instagram soon after the story was published and posted a selfie that boasted they were "The girls that showed no remorse''.

Incredibly the post received more than 100 "likes" from their friends. Read More ..

Anti-poverty advocates want the Wynne government to end the clawback of child support payments for single parents on welfare.

When she couldn't find work after completing a social work diploma last spring, Jennifer Gray and her 7-year-old daughter reluctantly moved into a homeless shelter.

But the 39-year-old Toronto single mom refuses to go on welfare because she doesn't want to lose the $300 child support payment she receives from her daughter's father every month.

"I've gone that route before and it's just not worth the frustration," she said of the province's policy of deducting child support payments from welfare.

"They deduct it automatically whether he pays or not. And if I report him (to the Family Responsibility Office), he goes underground," she said. "From a father's point of view, why would they want to pay, if they know their child won't benefit?"

In front of her victim and his family, retired Langley teacher Deborah Ralph stood up in Supreme Court in New Westminster and pleaded guilty on Friday to sexual assault involving a former student.

Ralph sexually assaulted her former student between December, 1998 and June, 2001 while the boy was between the ages of 11 to 13.

The victim contacted Langley RCMP on Nov. 8, 2011 to report the abuse. Ralph taught him in Grade 5 at James Kennedy Elementary School. However, the sexual interference didn't occur until after she was no longer his teacher. The court learned that Ralph continued to contact her victim after he graduated from her class, asking him to come clean her family pool. Read More ..

OTTAWA - An Ottawa teen who befriended girls on Facebook and other social media, then forced them to work as escorts, has been found guilty of 30 of 33 charges against her.

BURLINGTON, Ont. - An investigation into sex trade workers operating from hotels led police to a teenage girl they allege was forced into prostitution in Burlington, Ont.

The dressing down came in the unlikeliest of places, a stuffy United Nations conference room before an obscure human rights committee. After decades of fending off accusations that its policies and culture of secrecy had contributed to the global priest sex abuse scandal, the Vatican was called to account.

UN experts interrogated The Holy See for eight hours on Thursday about the scale of abuse and what it was doing to prevent it, marking the first time the Vatican had been forced to defend its record at length or in public.

It resembled a courtroom cross-examination, only no question was off-limits, dodging the answer wasn't an option and the proceedings were webcast live.

The Vatican was compelled to appear before the committee as a signatory to the UN Convention for the Rights of the Child, which among other things calls for governments to take all adequate measures to protect children from harm and ensure their interests are placed above all else.

The Holy See was one of the first states to ratify the treaty in 1990, eager to contribute the church's experience in caring for children in Catholic schools, hospitals, orphanages and refugee centres. The Holy See submitted a first implementation report in 1994, but didn't provide progress reports for nearly two decades until 2012. Read More ..

Saskatoon police have charged a 35-year-old woman with first-degree murder after a five-year-old boy was found dead in a west side home.

Initially investigators questioned a person of interest, who was charged late Saturday night. The 35-year-old woman is accused of first-degree murder in the boy's death. Read More ..

Alienation cases have been receiving a great deal of public and professional attention in the past few months in Canada. As with so many issues in family law, there are two competing, gendered narratives offered to explain these cases.  Men's rights activists claim that mothers alienate children from their fathers as a way of seeking revenge for separation, and argue that judges are gender-biased against fathers in these cases. Feminists tend to dismiss alienation as a fabrication of abusive fathers who are trying to force contact with children who are frightened of them and to control the lives of their abused former partners. While there is some validity to both of these narratives, each also has significant mythical elements. The reality of these cases is often highly complex, with both fathers and mothers bearing significant responsibility for the situation.

Two of the many findings are: