A Toronto judge released a blistering ruling this week slamming the chief pathologist for offering opinions that were "not appropriate, not within his knowledge and expertise, and incorrect." 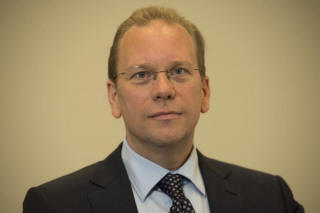 Dr. Michael Pollanen was appointed the province's chief pathologist in 2006, as it became clear the dangerously flawed expert testimony of Dr. Charles Smith had led to serious miscarriages of justice.

In the 11 years since, he has led a forensic pathology overhaul to make sure the same mistakes don't happen again.

This irony was noted by the Toronto judge who released a blistering ruling this week slamming Pollanen for falling into the same traps that led to wrongful convictions he helped overturn.

Despite being unprepared, "he offered expert opinions on matters that were not appropriate, not within his knowledge and expertise, and incorrect," Superior Court Justice Anne Molloy wrote.

The case involved a man who was accused of the second-degree murder of his girlfriend's 2-year-old son, Nicholas Cruz.

It is agreed the toddler died after blunt force trauma to his stomach caused his intestines to rupture. Doctors also found new and old bruises on the toddler's body.

The accused, Joel France, has since pleaded guilty to manslaughter but has not yet been sentenced.

(Nicholas's mother, Marleny Cruz, pleaded guilty to manslaughter in January and is serving a six-year sentence.)

Molloy has not yet ruled on whether France deliberately hit or punched Cruz in the stomach, or whether the trauma was caused by an accidental fall.

However, in a ruling on what evidence a jury would have been allowed to hear had the case gone to trial, she found that Pollanen allowed his personal belief that this was a case of abuse to cloud his duty to provide objective, even-handed scientific evidence to the court.

"Vulnerable children need to be protected. But that protective role must not be confused with the role of an expert witness testifying in court. In my view, Dr. Pollanen blurred those roles," she said.

Molloy noted in the ruling that she does not question Pollanen's expertise or integrity, and said she believes his bias to be unconscious.

"It is a compelling illustration of how easy it is to fall into these errors and how cautious lawyers and judges must be in evaluating such evidence."

Pollanen is "seen as a champion of wrongful convictions and did excellent work in the past in uncovering problems with forensic science," said Alan Young, a professor at Osgoode Hall who runs the Innocence Project there. He was not involved in the case.

Pollanen could not be reached for comment for this article.

The decision is a reminder for the courts not to be blinded by impressive credentials or convincing delivery of expert evidence, says criminal defence lawyer Daniel Brown, who was not involved in the case.

As the Smith cases and the Motherisk laboratory scandal have shown, courts need to be extremely careful with scientific evidence, he says - especially in cases that involve children, where it may be more difficult to maintain objectivity. (A Star investigation exposed questions about the reliability of Motherisk's hair tests in late 2014, after an Appeal Court decision cast doubt on the use of the results in a 2009 criminal case involving a Toronto mother. An independent commission found the lab's tests from 2005 to 2015 were "inadequate" and "unreliable" for use in child custody and court proceedings.)

Among them was confirmation bias - reaching a conclusion and working backward to find evidence to support it, and professional credibility bias - being unwilling to change an opinion once stated.

At the preliminary hearing, Pollanen testified it was not possible that the injuries to Cruz were caused by a short fall onto an object. When cross-examined during a pretrial motion, he grudgingly admitted that was incorrect and acknowledged he should have said he did not know the answer because he had not looked at the literature, Molloy said.

"What concerns me about this is the willingness of Dr. Pollanen to take an extreme and rigid position, while knowing he had not done any research to back it up," she wrote. She found Pollanen to be "disingenuous" and "evasive" about the amount of time he spent on researching the possibility of the injuries being caused by an accident.

He also repeatedly said the injuries required "significant force," failing to mention it was possible for a minor degree of force to cause the same injury - which Molloy found to be either misleading or the result of a troubling lack of research.

Molloy found that Pollanen was overreaching when he suggested that the injuries were more likely caused by an assault rather than by accident because of the other injuries on Cruz's body, and that it is statistically likelier to be an assault. She found that such evidence would be highly prejudicial to a jury.

It was "discomforting" that it took intensive research and a skilled cross-examination from defence lawyer Nathan Gorham to expose the critical and concerning weaknesses in Pollanen's opinions, Molloy wrote.

Gorham declined to comment on the decision as the case is still before the courts.

The sentencing decision in France's case is expected April 24.

With a file from Star staff