Statistics have proven that child abuse in young children can lead to violent behavior as they get older.

Fourth Estate, A Student Publication of the University of Wisconsin USA, By Adam Wolfgram,

Statistics have proven that child abuse in young children can lead to violent behavior as they get older.

There is a fine line between discipline and abuse in regards to corporal punishment. Many parents use spankings as a way to teach their children how to behave, but when does this old, disciplinary tactic become abuse? Can there be life-altering implications on the victims mind?

It is a common belief among psychologists that parents shouldn't spank as a disciplinary action.

Parents use spanking to teach their children the difference between right and wrong. When people spank their children there are two results: teaching them the actions preceding the spanking were wrong, or that problems are best handled with violence.

The study also took note of which mothers had more risk factors for aggressive disciplinary actions. These factors included stress, depression and drug abuse. The study showed mothers with morwe risk factors were more apt to spanking their children.

This aggressive behavior in children by age 5 was shown in acts such as screaming, arguing and bullying others.

"There are ways to discipline children effectively that do not involve hitting them and that can actually lower their risk for being more aggressive," Taylor said. "So the good news is, parents don't have to rely on spanking to get the results they want."

In 1977, the Supreme Court ruled it legal for schools to spank or paddle students for discipline in areas where local law enforcement does not outlaw it. An example of one of these places is Mississippi.

In 2009, there were 57,953 reports of corporal punishment in 110 of the state's 152 school districts. It was a drop from the previous year, but still an alarming number of reports nonetheless.

The study done at Tulane is just one in a long line of studies dating back decades. It is also one in a long line that has determined exposure to corporal punishment a significant risk factor in children developing psychological disorders as they grow older.

Spanking as punishment should be outlawed. It has been known for years there are more effective ways of disciplining. There is a difference between discipline and punishment, a difference that more parents, and even school officials, should become more aware of. Children at a young age are without a doubt influenced by their experiences while they are young. Learning by example is an important part of being a young child, and learning that hitting or violence is the way to solve problems can only end badly.

Spanking results in children's fear of certain behaviors, and makes them afraid of making mistakes. Mistakes are how children learn what is right and wrong, and there are more effective, less harmful ways of disciplining a child than hitting him or her. 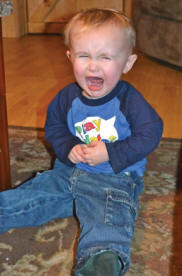 The world of divorce is scary for any child. But when a divorce becomes especially toxic, children can become the target of an unrelenting crusade by one parent to destroy the child's relationship with the other. Experts call it parental alienation.

Nearly one in 10 girls and one in 20 boys say they have been raped or experienced some other form of abusive violence on a date, according to a study released Sunday at the annual meeting of the American Psychological Association.