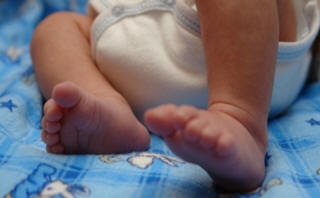 SYDNEY, N.S. -- A judge has harshly criticized a Nova Scotia woman who changed her son's last name without consent from his father, calling her conduct "devious, manipulative and indefensible."

Justice Theresa Forgeron said the mother arranged to forge the father's signature on an application to change the boy's name.

"(The mother) was strategic and manipulative throughout," said Forgeron in a written decision from the Supreme Court Family Division in Sydney, N.S.

"(Her) story does not have an internal consistency or logical flow, nor is it in harmony with the preponderance of probabilities which a practical and informed person would find reasonable given the particular place and conditions."

The Canadian Press is not naming those involved in the case to protect the identity of the child.

The ruling said that when the child was born in 2009, he was registered with the surname of his biological father.

But two months after the birth, his mother was in a relationship with another man and in 2012, the child's name was changed to the surname of the mother's current husband.

Forgeron said the mother knew the child's biological father would not consent to changing his surname.

"(She) therefore took matters into her own hands and sent a forged document to Vital Statistics," the decision said, referring to the provincial department responsible for the registration of births and deaths.

The decision said the child's father suspected that the mother changed his child's surname in December 2014 and obtained a copy of his birth certificate, which confirmed it.

It said about a month later, the mother sent a text message to the father that was meant for her child that addressed him by his new last name. The father responded by saying that is not his child's surname.

"(The mother) then texted 'I KNOW. He was asking me to spell MY NAME while I cooked his breakfast," the decision said.

When the mother realized he was aware that their child's name had been changed, she repeatedly approached him to negotiate a deal.

"(The father) consistently stated 'no."'

Forgeron called evidence provided by the mother and her husband "erroneous." For example, her husband said the child's father signed the consent form outside of an apartment he hadn't yet moved to.

The mother and her husband denied forging the document and said the father signed the form in the presence of a witness.

But the witness categorically denied watching the father sign the form, and stated that she never met him before going to court, the Feb. 17 decision said.

"The witness testified that she signed as a witness at the request of (the mother), who brought the form to the daycare where she worked," it said.

Forgeron ruled that it is in the best interest of the child to have a hyphenated name: the surname of his stepfather first and his father's surname second.

-- By Aly Thomson in Halifax.

DETECTIVES believe a gang of three women who kidnapped a man and put him through a three day rape ordeal may have struck a number of times before in South Africa.

Officers are to look at up to SEVEN cases in recent years where a male has been kidnapped – sometimes at gunpoint – by three women who have then repeatedly raped him.

The men are often fed Viagra in an energy drink to make them perform and one victim of a three woman gang watched as his semen was put into small vials and frozen in a cool box.

One cop involved in one of the investigations said he believe there was a trade in selling the stolen semen to faith healers or "witch doctors" who use it to make "magic" potions.

The latest attack in Pretoria - the country's capital - has led police to appeal for other potential victims to spare their blushes and report it.

Although at least seven cases have been on police files for several years, many more are believed to have gone unreported as men are often too embarrassed to report being raped by women.

The Sun Online told earlier how the latest kidnap victim was found traumatised and exhausted after being dumped in a field semi-naked and told officers about his 72-hour sex ordeal.

The 23-year-old man said he was in a 15 seater communal taxi in which three young women were already travelling and he was told by the driver to sit in the front beside him.

Police spokesperson Captain Colette Weilbach said: "One of the women the allegedly injected him with an unknown substance and he passed out and woke up in an unfamiliar room. Read More ..

For a variety of societal reasons, female sexual abuse is likely to remain unnoticed. Some researchers have found that the incidence of sexual contact with boys by women is much more prevalent than is contended in the clinical literature (Condy, Templer Brown & Veaco, 1987). Despite society's increasing concern about sexual assault, there may be several reasons for the under-reporting of female sexual abuse of both child and adult victims. Traditionally, society has held preconceptions of women as non-violent nurturers. Women in general, and mothers mopre specifically, have more freedom than men to touch children (Marvasti, 1986). Therefore, a man may be mpre easily perceived as abusive when touching a child than when a woman touches a child in a similar manner (Plummer, 1981). Further, sexual offences perpetrated by women are often incestuous in nature and children may be reluctant to report sexual contact with a parent on whom they are dependent (Groth, 1979). Health care workers are often unable to detect mother-child incest as mothers often accompany their children to the doctor's office. This may serve as a barrier to detecting sexual abuse of the child (Elliott & Peterson, 1993). The medical profession is only reluctantly becoming sensitive to the fact that females can, in fact, be perpetrators of sexual abuse (Wilkins, 1990; Krug, 1989).