Launch of the International Forum on

Your Excellency, Monsieur Carrier, Colleagues from the Steering Committee, Ladies and Gentlemen, 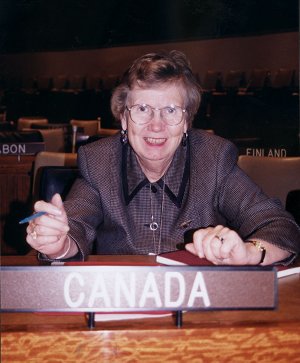 I am delighted to be here today to participate in the launching of "The Fun of Reading  -  Lire me sourit," the National Library's upcoming celebration of Canadian children's literature and of young readers everywhere. This is a wonderful idea and I am so pleased to be associated with it.

A French critic, Paul Hazard, described the world of the imagination created by children's literature as the Republic of Childhood, a world unbounded by language or political barriers. When I was a child before the Second World War, I came home every week from the local library carrying the whole world with me in the form of myth, legend, fairy- and folk-tale.

Thirty years before we went as a diplomatic family to live in New Delhi and 40 years before arriving in Moscow, I had played with the child Krishna on the banks of the Ganges and been frightened by Babi Yaga in the depths of a Russian forest. But I have to confess that I hadn't gone very far in Canada.

Now, however, Canadian children's books are among the best in the world and my grandchildren have an emotional link to dimensions of this country that were beyond my childhood ken. Of course, both history and immigration over the last 70 years have greatly enriched our national fabric and I am sure that the enlightened policies of the Canada Council [of the Arts], what is now known as Canadian Heritage, and the National Library itself have helped to create the bounty of books our children can now enjoy.

However, we're not just going to celebrate all the books that have been written in Canada in recent years, we are also going to celebrate the fun of reading. And what is the best way to ensure that children love to read? It's for their parents and other significant grown-ups to read to them as babies and toddlers, holding them in their arms and showing them the pictures and the words. This is what my parents did for me and what we did for our children and what they (and we) are doing for theirs. When books carry the warmth of a remembered embrace and a happy sharing, children learn to read with pleasure and the world unfolds before them. Of course, schools have a vital role to play in teaching children to read, but literacy, in the fullest sense of the word, starts in the earliest years with the capture of the child's imagination through evocative images and tales that are read out loud. 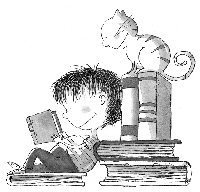 Maxim Gorky, the Russian writer who defended children's literature during the worst of Soviet times had a lived understanding of books. His own otherwise wretched childhood was redeemed by a loving grandmother who told him stories and gave him access to books. "Like birds out of fairytales," he later wrote "books sang their songs to me."

Note that what we are talking about is the liberating power of art and that the books we will be celebrating next year will be primarily literary works. There is plenty of good non-fiction produced for children in Canada on all kinds of subjects such as popular science, history or how to do practically anything; but, generally speaking, these books don't reach the imagination in the way that literature does. Yet it is by touching the imagination of the child that a good book can penetrate and light up the soul to make the difference, as Emily Dickenson once wrote, "where the meanings are."

If it was a Frenchman who coined the phase "The Republic of Childhood," it was a Russian artist, not surprisingly, who wrote about the role of art and literature in "the ecology of the human soul" and reminded us that a small child's soul is not shaped by the scientific fact that the earth is round but by the wonder and delight at its infinite and varied possibilities.