The Alberta government is trying some drastic new measures to battle a growing problem. The province is preparing a new law that would allow it to seize children from parents who are either addicted to drugs or involved in the drug trade.

Children's Services Minister Heather Forsyth is developing the legislation, which is expected to be introduced in the legislature next spring. If passed, it will be the first legislation of its kind in Canada.

Premier Ralph Klein says the legislation is similar to the Protection of Children Involved in Prostitution Act, which allows the province to apprehend and detain child prostitutes.

That legislation was challenged as a violation of the Charter and the government had to make changes. But, Klein said he was not worried about a court challenge to the new legislation. 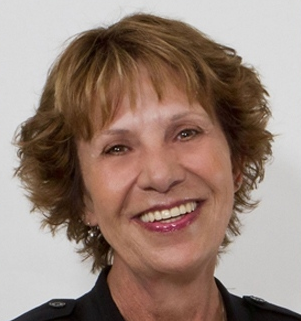 "There might be a challenge to this law. I don't know who would challenge it other than the bad guys, the people who have an interest in feeding drugs to children. If they want to challenge it, that's fine, if there are some deficiencies we will fix those deficiencies."

Alberta is also targeting crystal meth, a drug that has been growing in popularity recently, particularly in Western Canada.

Klein's wife, Colleen will head a new task force aimed at getting the drug off Alberta's streets.

"It is an absolute poison and a scourge on society and it is time to talk about it," said Klein.

Crystal meth is a highly addictive drug that is cheap and relatively easy to make with ingredients, like cold medicine, commonly available in drug stores.

The drug initially causes euphoria and the high caused by the drug can last eight to 10 hours. However, long-term use generally results in psychotic behaviour and hallucinations. There is also a high risk of kidney and liver damage.

"In a world darkened by ethnic conflicts that tear nations apart, Canada stands as a model of how people of different cultures can live and work together in peace, prosperity, and mutual respect."

Louise Arbour took up her duties on July 1, 2004 as United Nations High Commissioner for Human Rights. Her term in office ended in June 2008.

Mrs. Arbour was a member of the Supreme Court of Canada immediately preceding her appointment to the UN as  Commissioner for Human Rights.

Louise Arbour: a colleague we have failed

This profession - and all of us in it - have failed to protect, honour, and defend one of our most accomplished and distinguished members. We have let Louise Arbour down by our silence when she needed and deserved voices of support.

On July 1, Arbour stepped down as UN High Commissioner for Human Rights, an enormously prestigious and important international position.

The gratitude and praise which greeted her at the end of her term was shamefully muted. Arbour was a courageous champion of human rights, and a bold critic of the erosion of those basic tenets in our world.

She was never timid. She was never chained to a desk, was involved, hands on, outspoken, and challenging. She breathed life into the enormous portfolio that she was asked to take on.