Trekking from Mom's home during the week to Dad's on the weekend may seem like a hassle for some children of divorced parents, but it just might be best for them in the long run, concludes a meta-analysis, published in the March Journal of Family Psychology (Vol. 16, No. 1). 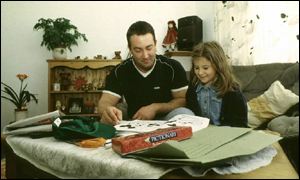 Robert Bauserman, PhD, of the BaltiRead More ..partment of Health and Mental Hygiene, reviewed 33 studies that examined 1,846 sole-custody and 814 joint-custody children. Both groups of children were compared with a sample of 251 kids in intact families. Bauserman found that children in joint-custody arrangements had fewer behavioral and emotional problems, higher self-esteem and better family relationships and school performance compared with those in sole-custody situations.

The findings indicate that children don't necessarily need to be in joint physical custody to show better adjustment, they just need to spend substantial time with both parents. Also, according to the research, couples with joint-custody agreements tend to experience less conflict -- which speaks to the concern that joint custody is harmful to kids because it exposes them to ongoing parental strife.

In fact, Bauserman notes, "it was the sole-custody parents who reported higher levels of current conflict." He found that some research shows that joint custody may actually reduce parental conflict over time. Obviously, joint custody isn't always preferable to sole custody. When one parent is abusive or neglectful sole custody could be the best option for the children, Bauserman says.

The Israel Association for Father's Rights has been at the legal and ethical forefront fighting against parental abuse by mothers, the legal and callous use of children as pawns in divorce cases, abusive child support (mezonote) decisons, false claims of sexual harassment and the basic human right of full and joint custody for fathers.

In death he has become a poignant symbol of family courts gone awry, of a divorce system run by people with closed minds, hard hearts and deaf ears. Read More ..