Out in the cold

There are more than 400 government-supported transition houses for women. The only shelter in Canada dedicated to men healing from marital breakups is about to close

Springtime's first blooms have burst forth in the yard and a cheerful fire is warming the living room, but the Elk Lake Lodge -- Canada's only shelter for men battered and bruised in marital meltdowns -- is gasping its last breaths.

At the end of this week the curtains will be drawn over the large, airy windows, the cloth covering the dining room table will be folded away, the homey bedrooms will be vacated, and the lodge's residents will be cast out into the West Coast rain.

There are 87 government-funded transition houses (otherwise known as battered women's shelters) in British Columbia to which a woman can turn when going through a difficult separation or divorce. A woman need only pick up the phone and one of these facilities will refer her to sympathetic legal services and therapists, advise her of her rights and options, and provide her with emotional support. In many cases, a woman need not have been physically abused but has only to claim to be the victim of verbal or emotional abuse to qualify for admittance to one of these facilities.

A particular group of these shelters, known as second-stage transition houses, will provide her with an apartment for between three and 12 months. Governments pour tens of millions of dollars into such services for women every year. 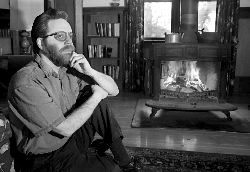 Even though men experiencing separation and divorce are at significantly higher risk of suicide, serious accidents, psychiatric admissions, and employment difficulties than women, there are no government-funded agencies providing assistance to this population. Even though one quarter of those murdered by their spouses each year are men, not one of the country's more than 400 government-supported transition houses is aimed at abused males.

The Elk Lake Lodge, launched last fall by Lynda Middlestead, Diana and Bob Hemsworth, and a fourth person who prefers to remain anonymous, is a private initiative -- into which these four citizens have poured an estimated $25,000 of their own money. Renting a large, fully furnished heritage house that had previously been used as a bed-and-breakfast, the four tidied up the building, installed new appliances, and began offering low-cost room and board to men who had become temporarily homeless as a result of a marital breakup.

Initially, the plan had been to charge each resident a modest $600 to $700 per month in order to help cover the lodge's expenses. In exchange, the men would get a nice place to live as well as have their meals made and much of their housekeeping taken care of. They'd also find themselves in an emotionally supportive environment where they could lean on one another.

But matters didn't work out as planned. Says Middlestead, a blond 40-year-old mother of two boys: "I've gotten such an education in the last couple of months. Part of it is men are conditioned: Don't talk about it. Don't tell anybody what's going on. They don't go out to try to find help because they don't know how to do that, or they're embarrassed, or society doesn't accept that."

Middlestead says the men who've used the lodge -- staying an average of two weeks -- since it opened its doors at the beginning of last November have run the gamut. In some cases, they've been physically abused by their wives. In others, they've lost good jobs, their relationships have deteriorated, and they've been thrown out. In one instance, an Alberta father turned up after his wife left him for another man and moved to Victoria with the children. The father was trying desperately to see his kids. In another case, a man stayed at the lodge for five days until he and his spouse could get the counselling that seems to have put their relationship back on track. What all these men have had in common, though, is severely limited funds.

"We had no idea what we were going to be faced with," says Middlestead. The phone calls they got in the first couple of days soon enlightened them. "Some of these guys were starving to death. They couldn't afford to pay." While society expects men to leave the home when a marriage ends so that the children's lives will be disrupted as little as possible, in the short term, Middlestead says, many of these men are not only paying the mortgage or rent on their former residences, but are now having to come up with child support as well -- which leaves many of them with little for their own needs.

"There's a whole thing going on in this country that people don't even realize," says Middlestead. "When people are angry and frustrated and stressed out, they've got no place to live, no way to feed themselves, are they thinking properly and making good decisions?" Her recent experience has convinced Middlestead that thousands of decent, hard-working men are under so much pressure and are receiving so little understanding during marital breakdowns that they're making "big mistakes" both at work and in their personal lives.

Other than a television set donated by a local business, no one else from the community has dropped by the lodge with so much as a bag of groceries. At Christmas, there was a large tree lit up with lights, but Middlestead says they couldn't afford to buy decorations. While various government bodies have been appealed to for help, none was forthcoming. "We've faxed every government office, we've talked to everybody, and nobody's listening to us," Middlestead told the National Post earlier this week. "Everybody just gets this blank look on their face. It's like: 'You're doing what? For men? Why?'"

John McAllister, a 40-year-old computer consultant who has lived at the lodge for the past two months, doesn't know where he'd be without it. The father of a 10-year-old son whom he loves dearly and misses terribly, McAllister has thick brown hair and a reddish beard sprinkled with grey. "I don't want to slam my wife in any way," he says. "She's a wonderful mom. She's also very smart and very talented."

But, McAllister says, he is "in a situation where my debts are very overwhelming," partly as a result of the loss of a major contract, and that this placed great strain on his marriage. He says that that stress, as well as the death of his father last year, caused him to lose 25 pounds. When he left the marital home, his wife was as concerned as he, he says, that he not end up in a "scuzzy basement suite" where he wouldn't be eating right -- not because he can't cook but because he wouldn't have the heart to bother.

One of the things McAllister found that was really valuable at the lodge was having some other men who were going through similar situations to talk to. Our society, he says, believes "that men, for some reason, are kind of exempt, we don't need help" to make it through difficult times. But, says McAllister "I would say that's bulls**t. Because we do."

When the Elk Lake Lodge, drowning in its own red ink, shuts down this week it will be at least the second such centre to suffer this fate. In late 1996, after being open for 16 months, another transition house for men -- located in Hamilton, Ont. -- closed its doors. Chuck Farrauto, a former real estate agent who managed that facility, tells a depressingly similar tale.

In death he has become a poignant symbol of family courts gone awry, of a divorce system run by people with closed minds, hard hearts and deaf ears. Read More ..